In December of 1988, when a devastating earthquake struck Armenia, the AEF decided to construct schools in the disaster region. AEF sponsored the reconstruction of Krashen village elementary school and kindergarten. Also, Savey and Ralph Tufenkian donated and rebuild the Richard Tufenkian school, Gumri Number 5.

For the commemoration of AEF’s 50th anniversary, the AEF board decided to renovate 50 schools in the border villages of Armenia, Artsakh and Javakhk. Due to the unprecedented support of schools sponsors, the program was completed successfully, and the AEF Board decided to continue the school renovation program. Up to date AEF has renovated almost 200 schools in Armenia, Artsakh and Javakhk

Since 1950, the Armenian Educational Foundation, Inc (AEF) has contributed to the Armenian educational movement around the world. It has significant endowment in the reconstruction of up to a hundred schools in different regions of Armenia. In Armenia, schools’ reconstruction program began in 1998. Over the past half-century, the AEF has become an organization with a membership of enthusiastic individuals. The AEF appreciates those who join the foundation, share the commitment of its members, and who will bring to the organization new ideas and energy.

The Armenian Educational Foundation of USA activity in Armenia, Artsakh, and Javakhk
Armenian Educational Foundation (AEF) started its activities in Armenia since 1996. By initiative of the Foundation, in the disaster area, multiple houses and a kindergarten was built in Krashen village. At the same time, a perfect school named after Richard Tufenkyan was constructed in Gyumri. New school was built in Karadzor village.

In 1999, Armenian Educational Foundation, was re-registered in Armenia, It was in the same year, that by initiative of the Foundation, reconstruction of schools started in Lori Marz and Artsakh. By strength of Foundation, schools in the liberated and re-populated territories of Artsakh-Karavachar (Kelbadjar) and Kashatagh (Lachin) regions.

In 2000, the Armenian Educational Foundation celebrated 50 years since its establishment. Connected to this, the number of reconstructed school reached 50. Schools all over Armenia and Artshakh were reconstructed. It was in this year, that school reconstruction started, mostly in the re-populated and border villages. Examples are Tsav and Kachevan villages in Syunik, Artsni in Lori, Areni, Martiros and Por in Vayots Dzor, Zuar and Kashatagh in Karvacahr, Kovsakan and Haytagh in Kashatgh, and so on. Huge works were done in two schools of Stepanakert – #3 and #4.

In 2001, Armenian Educational Foundation expanded its projects. It was the first of the Diaspora organizations that started works in Javakhk. Art school was reconstructed in Akhalkalak, school in Poqr Khanchali village. At the same time, projects were developed in Armenia and Artsakh.

In 2002 and 2003, several tens of schools were reconstructed in Armenia, Artsakh and Javakhk. In 2003, the number of reconstructed, repaired, and newly built schools reached 100. There are schools, where works were done second, third time, certainly by wish of endower. Examples are Saratak, Antaramedj, Vardenik, Verin Artashat, Por, and other villages.

In 2004, the works are continuing in 15 newly chosen schools.

The information about reconstructed schools is obtained be means of ministries, city and village administrations. Lists are prepared, with estimates of repair costs. After that, researches are done, which are priority and the most necessary. Each time about 40-50 schools are taken. All information is submitted to Armenian Educational Foundation board of directors. The board of directors selects the reconstruction priority schools. After that, contracts are assigned with the corresponding building companies. Appropriate checks are performed during building works, concerning the quality and deadlines. The above mentioned works are performed be the board of directors members and the heads of the Armenian branch of AEF.

The Gyumri N27 School, originally built in 1962, currently has 358 students and was chosen because it was last renovated 29 years ago and needed a major renovation. The construction has enhanced the school with the renovation of classrooms, halls, the upgrading of the heating system, installation of new radiators and an upgrade of all interior decorations and furnishings. Along with a newly installed roof at gym building, windows, doors and flooring, the school was also provided with necessary supplies, and the latest computer and laptop technology for their computer lab to ensure students have the resources and tools to succeed.

The Akhpradzor school, located in the highlands of Sevan and only two miles away from the new Armenian-Azeri contact line after the 44-day war, has been upgraded with new metal roofing, doors and windows, flooring, patching and painting for the entire building, a brand-new electric heating system and renovated classrooms and gymnasium. New interior restrooms were also added at the school. The school features an ROTC classroom which was dedicated to the memory of one of the school’s former students, Hamlet Aghabekyan, a martyr of the 44-day war.

AEF transformed the Artik N4 school from ruins into a well-built, safe and bright learning space for the children of the Artik village. The newly renovated school has been enhanced with more than 10 restroom stalls, 20 classrooms, a new principal’s office and an impressive gymnasium. Along with a newly installed roof, windows, doors and flooring, the school was also provided with necessary supplies, chess tables, desks, blackboards, and the latest computer technology to ensure students have the resources and tools to succeed. In addition to this renovation, reconstruction efforts were also completed at the preschool.

The Okhtar school is surrounded by lush forest on all sides and includes beautiful scenic views from its classroom windows. However, the school’s crumbling infrastructure lacked the same tranquility and warmth. While the roof of the school was replaced several years ago, the school was devoid of heating, and the interior had been severely neglected. Now, the new Okhtar School offers a vibrant and modern learning environment for these children.

The Kornidzor School, located in the Syunik Region of Armenia, underwent a full-scale transformation. Located in the last village before entering Artsakh, and a result of the 44-day war and Azeri advancement, it has become what some may call a peninsula, surrounded from three sides by Azeri forces. Unfortunately, the school’s playground is just within the enemy’s shooting range. Having been bombed during the 1991-1994 war, the school was previously only partially renovated and in need of major improvements. Now, the school boasts a newly renovated gymnasium and computer lab, pristine classrooms, hallways, floors, windows and doors, as well as a completely renovated exterior. 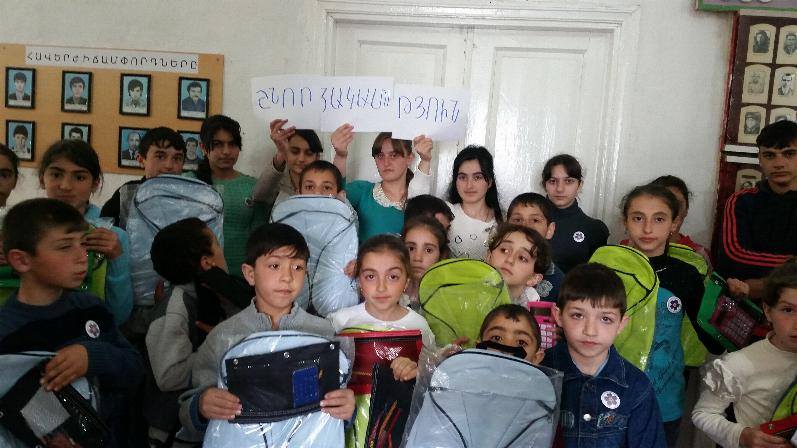 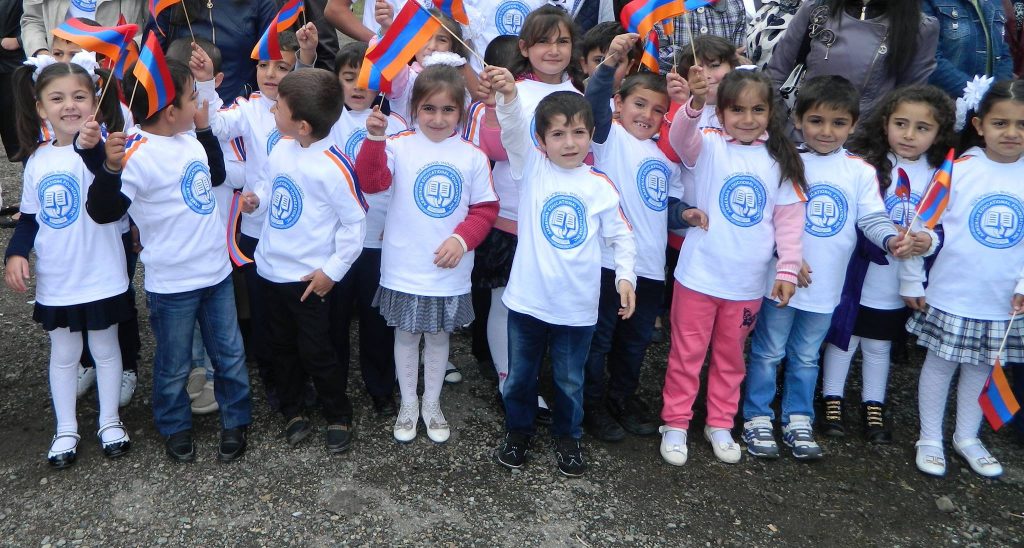 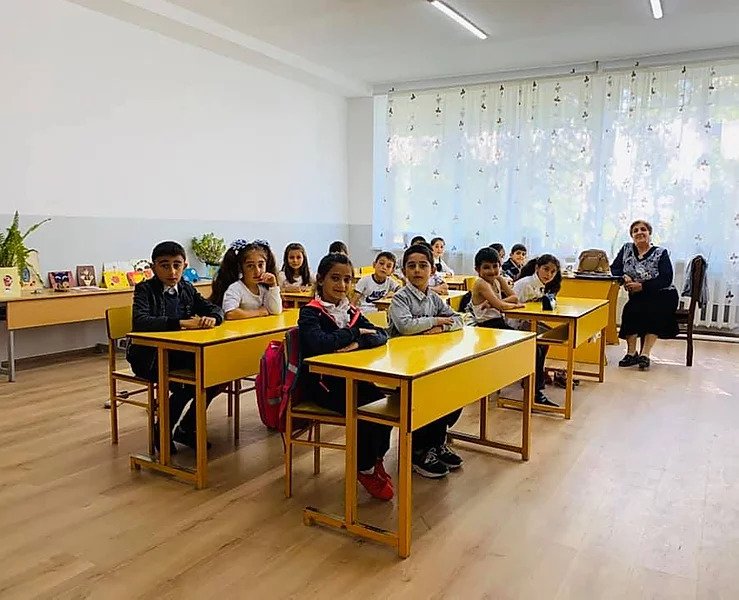 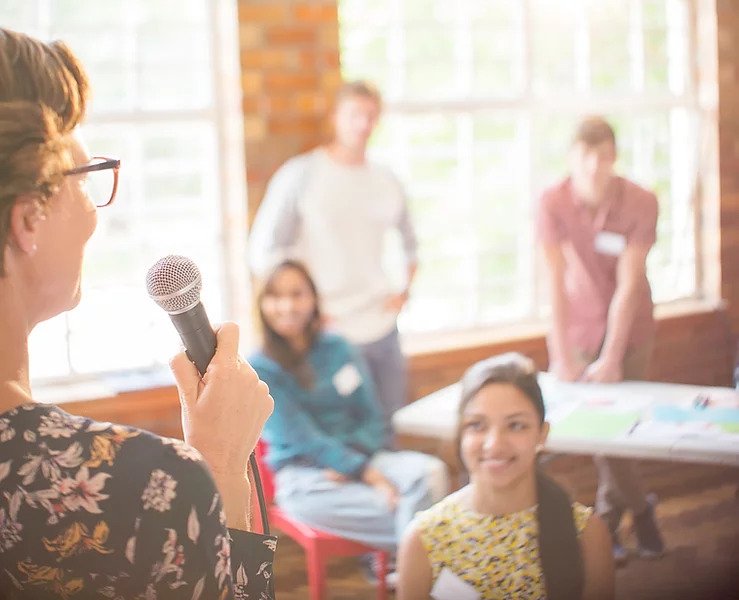 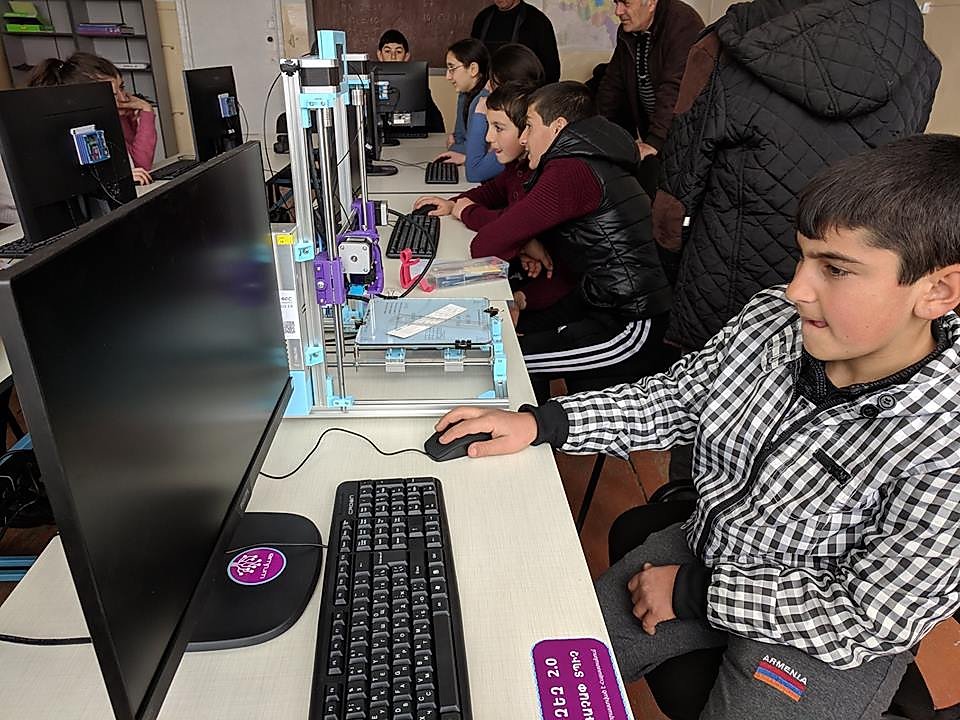