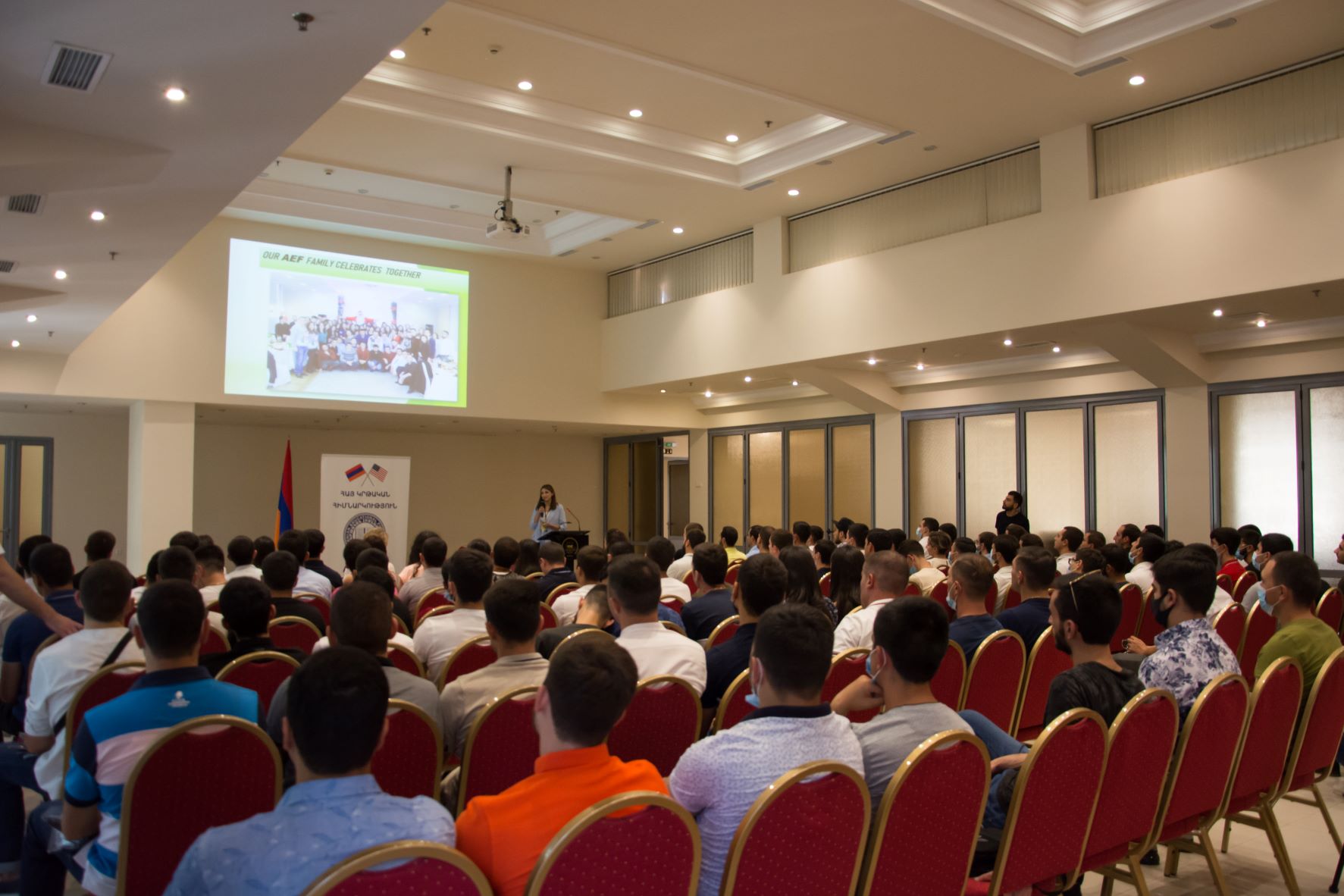 For over 71 years, Armenian Educational Foundation’s mission has been to render financial assistance to Armenian students and educational institutions. Just one year ago, while many AEF students enlisted or re-enlisted to join the war, two students—Andranik Grigoryan and Shirak Hambardzumyan – made the ultimate sacrifice. AEF established veteran scholarships in memory of 24-year-old Andranik, born and raised in Noyakert Village, Ararat Marz and a 5th year medical student at Yerevan State University, and in memory of 23-year-old Shirak, born and raised in Stepanakert, Artsakh and a 5th year student at the Agrarian University-Shushi, majoring in Transportation.

This year, AEF is awarding scholarships to 185 Artsakh war participants, including 73 wounded soldiers and eight who lost their brothers. AEF wanted to honor these soldiers by awarding them Certificates of Appreciation for their service, bravery and sacrifice. This event was covered by several local Armenia television stations and newspapers. As a result of the media coverage, AEF received 54 additional requests for scholarships from veterans who participated in the war. With a generous $50,000 donation from the Armenian Wounded Heroes Fund, AEF was able to award full tuition scholarships to all 54 new soldier applicants. An additional 21 war veterans, including 14 wounded, received scholarships matching American University of Armenia financial aid to bring their support to 90 to 100 percent of tuition.

“During several AEF scholarship interviews, I met several veterans who spoke with an admirable amount of calm and certainty for a bright future,” said Arina Zohrabian, AUA’s Dean of Admissions and volunteer on AEF’s Armenia Scholarship Committee. “Even as they reminisced of near-death experiences, you could hear their determination. From nearly dying from a Bayraktar drone hit, to miraculously surviving more than 70 days in enemy-controlled territory, these students will no longer have to worry about funding their university studies, instead, they can focus on education and fighting with knowledge for Armenia’s future.”

AEF’s Yerevan office also received numerous letters and emails of gratitude from veterans and their parents.

“I am writing to thank you for my son’s scholarship. You can’t even imagine how much we needed your help. After my son’s leg injury, we no longer believed in miracles.  You became our miracle. You gave us so much hope. Thank you for helping my son and many countless others. Thank you for supporting our war heroes. We’ll never forget your kindness,” wrote Armine Hambardzumyan, from Talin, Aragatsotn Marz.

“Thank you for sponsoring my son, for giving him a new opportunity to continue his education, for helping him get back to his normal life. The war broke us in so many ways. We lived horrifying days. But now it seems that everything is slowly changing for the better and your role in this positive change is enormous. I wish you all the best and may you never meet an obstacle in your sacred way of building a better future for Armenia,” wrote Tehmine Tatoyan of Koghb Village, Tavush Marz.